After last year’s Mobility Tour, where Slovenia’s biggest insurer wanted to see how drivers measure up on a region-by-region basis with the help of the state-of-the-art DRAJV safe-driving simulator, 46 experienced drivers recently took another test on Kranj’s roads, accompanied by a driving instructor who verified their driving skills in practice. Just how well did they do?

Traffic regulations in Kranj and its surroundings have changed considerably in the last couple of years. Drivers that do not take these roads on a daily basis and local drivers that passed their driving exam decades ago have therefore had quite a few problems with properly understanding and complying with the changed traffic regulations.

This was indirectly shown in last year’s Mobility Tour, which took place in Kranj and nine other large Slovenian cities and was also intended for studying Slovenian driving habits. Drivers from the Gorenjska region placed in the last third or the 8th place among the top ten in terms of their driving skills on the simulator. “According to their simulated driving less than a third of drivers would have passed their driving test last year,” said Janka Planinc, director of the Kranj regional office of Zavarovalnica Triglav.

Most drivers would fail their driving test
The biggest Slovenian insurance company put even more effort into preventive road safety with its Back to the Driving Test campaign. At summer’s end, 46 experienced drivers took another drive on Kranj’s roads accompanied by a driving instructor to verify their driving skills in practice. Results showed that only nine drivers would have successfully passed their driving test. According to driving instructors, the most problematic areas were the drivers’ failure to check their blind spots, as well as running stop signs, which was observed for as many as half of the participating drivers.

In explaining their mistakes, the participating drivers unanimously thought it unreasonable to halt in front of a stop sign, as long as the road was visible and stopping would cause additional congestion or an accident due to the driver behind them not stopping as well.

The result does not (entirely) match reality
Even though most of the drivers in Kranj failed their repeated test drive, the final assessment of the driving instructors was encouraging. The assessment was focused on the awareness that the moment when a driver makes a mistake when driving is also the best opportunity to warn such driver about that mistake so they can change their driving behaviour.

“The biggest problem is still the new legislation and infrastructure, which many drivers are not familiar with and consequently break the rules. “Nevertheless, every driver who comes for a repeated test drive is already a winner, because they have shown courage,” said Darko Daljević, a member of the AMZS driving instructor team that is travelling through Slovenian cities as a part of the Back to the Driving Test campaign. Furthermore, driving candidates in the Gorenjska capital impressed the instructors with their calm and precise driving, even if the (final) results did not reflect this. 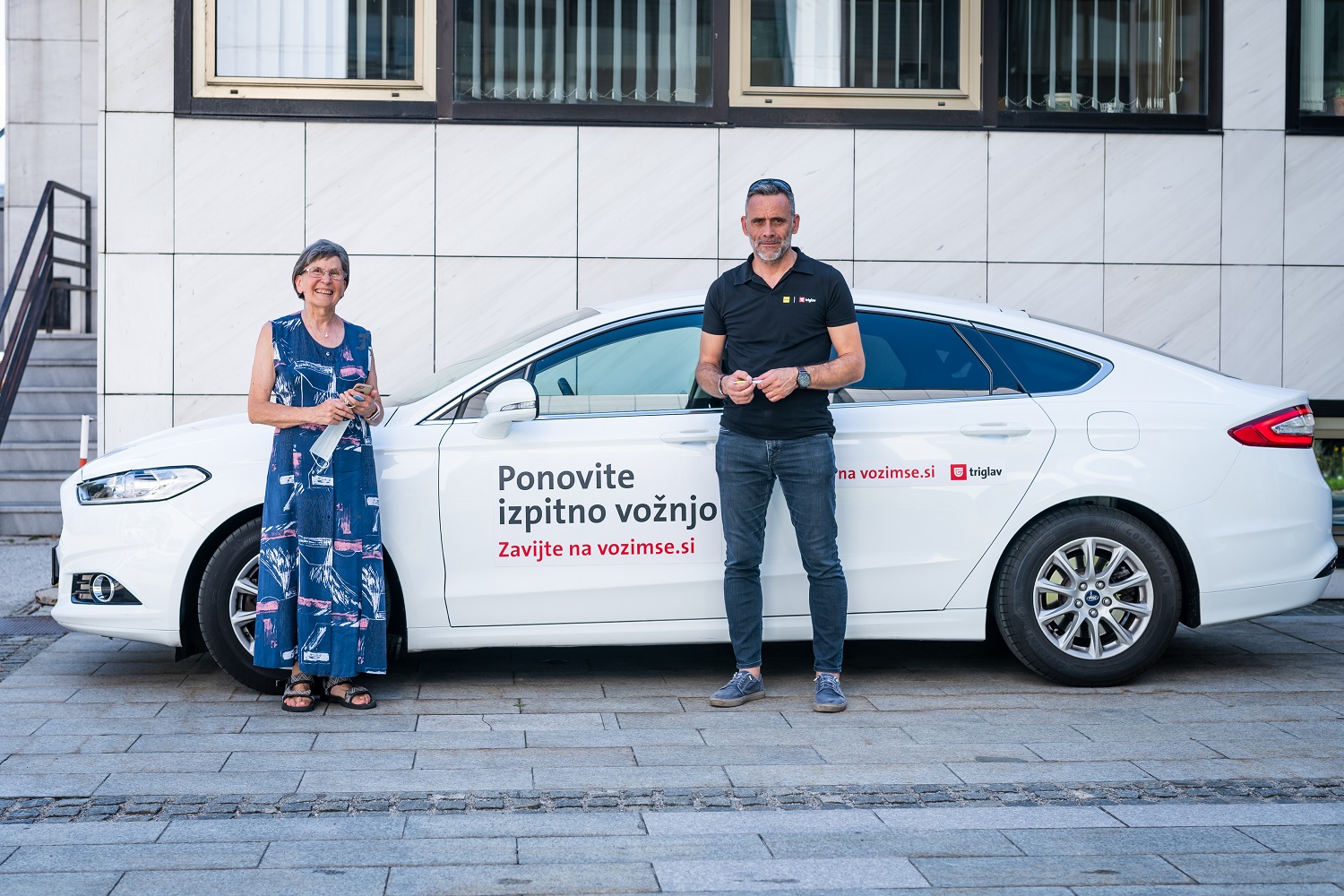