The third season of the Do the Driving Test Again campaign that took place this year gave almost 200 drivers in six regions a chance to refresh their driving skills. Driving instructors from the AMZS helped drivers to eliminate ingrained driving mistakes and learn to master new driving situations. At the end, only about a fifth of all participants would have passed the driving test. Drivers from Krško and Murska Sobota fared best, however most of them shared the biggest issues - excessive speed, not complying with stop signs, and choosing the wrong lane at crossroads and roundabouts.

At the end of August and the start of September this year, the Do the Driving Test Campaign was carried out in Ljubljana, Krško, Trbovlje, Postojna, Murska Sobota and Nova Gorica under the aegis of Zavarovalnica Triglav. Mostly very experienced drivers applied for a free drive through their town or city in their own cars. They were accompanied by driving instructors, who offered them excellent insight into road traffic regulations and their actual driving abilities. As it turns out, years of routine driving do not mean driving in accordance with applicable road traffic regulations!

Problems with speed, roundabouts and stopping
So what were the most common errors made by drivers? First place went to the error that is obviously a problem for most Slovenian drivers – breaking the speed limit. That is especially true in areas where speed is limited to 30 km/h. Failing to comply with stop signs, not taking blind spots into account and incorrect driving at roundabouts were also near the top of the most common mistakes.

“Drivers finish our campaign drives with broad smiles, regardless of whether they would have passed the test or not. Together with the driving instructor, they always make up a winning duo, because they improve a part of themselves. The aim of the campaign is therefore not just to ’pass’ the test, but we have so far helped numerous experienced drivers to correct their ingrained mistakes and master changes on the road," said head of road safety projects at Zavarovalnica Triglav Ana Cergolj Kebler on the campaign goal, adding that, "A few months after the drive, we ask all drivers whether and how they had changed their way of everyday driving after this experience. The answers show that the effect of such a refreshment drive is long-lasting." Highway codes and infrastructure keep changing, while most drivers do not refresh their knowledge.

Campaign concludes with a rally experience in Vransko
This year, having done the mock driving test also qualified you for a golden ticket to enter the prize draw for a drive with our top rally driver, Rok Turk from the Zveza za avto šport Slovenije – AŠ 2005 association. As a reward after the conclusion of Triglav’s campaign, Rok took two lucky winners for a drive in his competition car and then accompanied them as they themselves drove a custom-built sports car in a safe environment.

This exciting drive was a good demonstration of why normal cars are not meant to be driven at excessively high speeds and with reckless abandon on roads,” Slovenia’s top rally driver told us after this interesting event.

By concluding this year’s Do the Driving Test Again campaign, Slovenia’s largest insurance company expanded its portfolio of projects to improve road safety in Slovenia with the emphasis being on changing driver habits. And it is not only practical, but also theoretical knowledge of road traffic regulations that it is helping to improve, as 150,000 drivers, which is more than 10 per cent of Slovenian drivers, improved their knowledge by taking CPP tests on Triglav’s web portal vozimse.si, which helps educate experienced drivers in an interesting and understandable way. 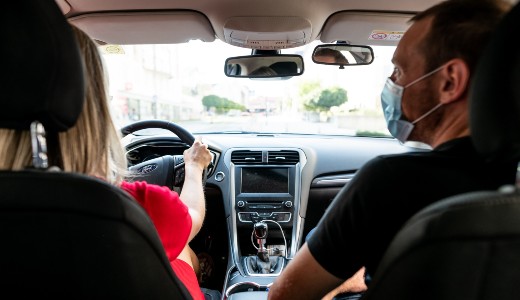 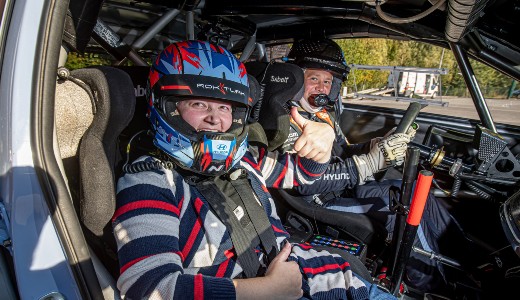 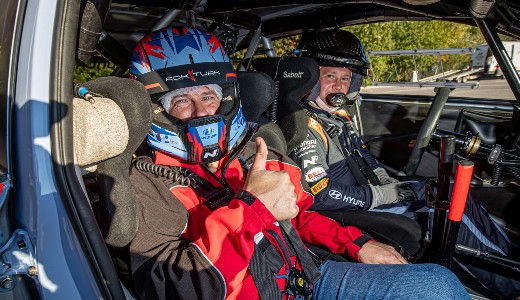 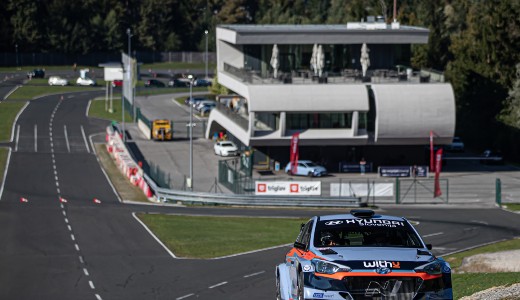