How to achieve better driving safety with the help of advanced driver assistance systems (ADAS) and what role does the driver have? That was the key question in the virtual discussion organised by the Triglav Lab digital centre and the Vozimse.si portal. With the introducing of modern technologies into our vehicles, drivers’ behaviour changes, as they sometimes rely too much on advanced driver assistance systems.

When thinking about ADAS, the issue of efficacy comes to mind first. So which systems are the most beneficial? “From my point-of-view, the answer is very simple: those that are automatic and reliable. Automatic means that the driver doesn’t need to turn the systems on, that they are always on when driving and automatically intervene in critical situations, for example by braking or swerving, and that they are effective even when the driver does not react at all,” explained Andrej Brglez, traffic expert, researcher and director of the Institute of Civilisation and Culture.

The fast development of technological components in the automobile industry is making a mark in numerous fields of life, the insurance industry among them. Car insurance generally includes vehicle damage coverage and liability coverage, but recently, the selection of advanced driver assistance systems has also influenced the insurance premium with Slovenia’s largest insurer.

Safe driving is rewarded
“We’ve researched and determined the most prominent systems and to what extent they contribute to lowering the probability of vehicle damage, and consequently what discount can be offered to owners of such vehicles. Zavarovalnica Triglav offers a discount of up to 15 percent on automobile liability insurance, fully comprehensive automobile insurance and automobile liability plus insurance for vehicles with built-in advanced driver assistance systems, and we also offer a discount on car theft insurance for vehicles with an alarm,” noted Jaka Klement, Zavarovalnica Triglav’s automobile insurance director. Last year, 15 percent of all insured personal vehicles received at least a one percent discount due to advanced driver assistance systems.

Slovenia’s largest insurer encourages and rewards safe driving by offering a discount of up to 25% on car insurance to insured drivers who can show they’re safe drivers by using the DRAJV app. Current results of the DRAJV app prove that drivers who use it are better drivers, which makes the app an excellent preventative tool. In the past six years, more than 150,000 users have downloaded the DRAJV app to their mobile phones, and more than 61,000 of them are regular monthly users of the app. During this time, users have safely driven a combined 623 million kilometres.

“Same” systems, different efficacy
Safety, together with comfort, is the main advantage of advanced driver assistance systems. But this is also the main concern drivers have, as no unified standards exist to determine whether they’ve purchased the best working ADAS available on the market. “There are even differences in the same system in different models of the same manufacturer. Manufacturers advertise the ESP system and claim it has no flaws. It’s great. But tests show big differences in the speed and efficacy of this system between different manufacturers,” explains Andrej Brglez, who researched this field thoroughly when he was a member of the industry working group at the FIA organisation in Brussels.

Zavarovalnica Triglav’s analysis of damage claims has shown that even when a vehicle is equipped with an ADAS, the liability for road (non)safety is still the driver’s. “We do standard checks according to approximately 50 different factors, and one interesting thing is that most of them refer to the vehicle and only a few to the driver. Despite that, every individual risk (a combination of the vehicle and driver) can be very accurately assessed, so the conclusion is that there is a strong correlation between the driver’s manner of driving and their vehicle,” says Jaka Klement.

By developing automated vehicles, several dilemmas have arisen in the insurance industry. These are connected, among others, to the liability of the car manufacturer in the case of completely automated driving.

"By introducing completely automated and connected driving, the number of standard accidents should drop, but there is a risk that we haven’t encountered up until now in the field of automobile liability insurance, which is a catastrophic risk from a single event. In the event of a cyber attack on a car manufacturer, for example, all their vehicles could suddenly brake or swerve left. This could cause unimaginable consequences. In the future, alongside automobile liability insurance, or traditional car insurance, we expect automobile security breach insurance as well," said Zavarovalnica Triglav’s automobile insurance director, commenting on the future at the end of the virtual discussion. 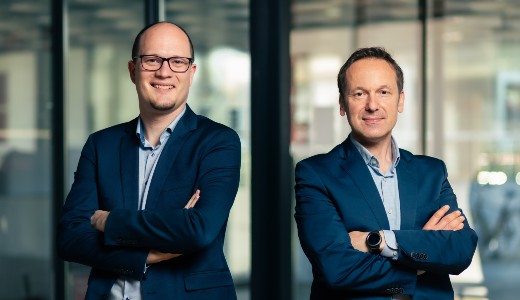