Do the driving test again also in Murska Sobota

Over 200 people who have been drivers for many years have tested their practical driving skills as part of the Do the driving test again campaign in eight different cities and towns in Slovenia. This year, Slovenia’s largest insurer is continuing this successful campaign. Drivers in Murska Sobota too will be able to test their driving skills under the watchful and expert eye of driving instructors at the end of summer. The region of Pomurje will this year also gain three systems for traffic-calming and preventing accidents on pedestrian crossings.

The Do the driving test again campaign will offer 190 time slots in six Slovenian towns and cities. Drivers will be able to test themselves in Pomurje on 4 September. Individuals may apply to try the driving test again here, either on their own, or they can also invite along a friend. They will test their driving skills in the company of an AMZS driving instructor. The driving instructor will declare one of the two the winner.

This year having done the driving test will also qualify you for a golden ticket to enter the prize draw for a drive with our best rally driver Rok Turk. He will first take two prize draw winners for a drive with his competition car, then he will accompany them as they themselves try driving a custom-built sports car in a safe environment.

Always a winning duo in the company of a driving instructor
The ongoing theme of this Triglav campaign remains safety as this is of paramount importance for rally drivers who are masters of dynamic driving. It is closely linked with the preventive note of “Do the driving test again”.

“Drivers finish our campaign drives with broad smiles – regardless of whether they passed the test or not. Together with the driving instructor they always make up a winning duo because they improve a part of themselves. The aim of the campaign is therefore not just to pass the test but we have so far helped numerous experienced drivers to correct their ingrained mistakes and master changes on the road,” said Ana Cergolj Kebler, head of road safety projects at Zavarovalnica Triglav about the aims of the campaign. Highway codes and infrastructure keep changing while most drivers do not refresh their knowledge.

Drivers still too fast in Tišina
For several years now, Slovenia’s largest insurer Zavarovalnica Triglav has been organising various activities to improve the Slovenian road safety statistic. In order to increase safety on road sections that are dangerous and where visibility is poor, 81 speed indicator displays and 24 COPS@ROAD anti-collision systems, along with the same number of COPS@RAIL systems for alerting drivers of oncoming trains, have been installed in Slovenia. This year 11 innovative COPS@zebra systems will also be set up which warn pedestrians of oncoming vehicles and their speed. By the end of autumn a total of 116 different systems for greater road safety will have been installed in Slovenia.

Two new “Your Speed” speed displays have been set up on the dangerous section of the regional road Črenšovci – Razkrižje, which is the route to the nearby primary school and nursery, and by the local road where it enters the village of Vanča vas. Here the speeding problem is particularly serious as the number of drivers who do not respect the 50 km/h speed limit is between 85% and 89%. The drivers in Razkrižje performed better as the share of speeding drivers fell by 10% after the speed display was erected.

It will warn both pedestrians and drivers
By the end of autumn one more COPS@zebra system will have been set up in the region of Pomurje, under the auspices of Triglav, to warn pedestrians of oncoming vehicles and their speed. Simultaneously, it alerts drivers to the presence of pedestrians who are crossing the road or are about to do so. It will be set up at the pedestrian crossing over the busy Bakovska Ulica in Murska Sobota, which is crossed daily by children on their way to school. In recent years, three road accidents involving pedestrians have occurred in this section of the road, one of them sustaining severe injuries. 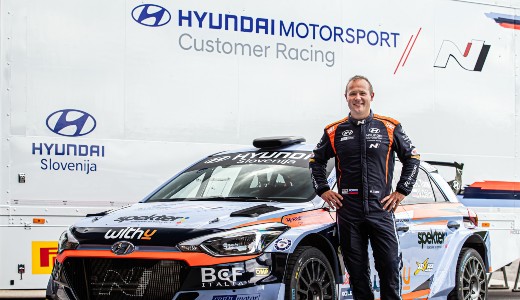 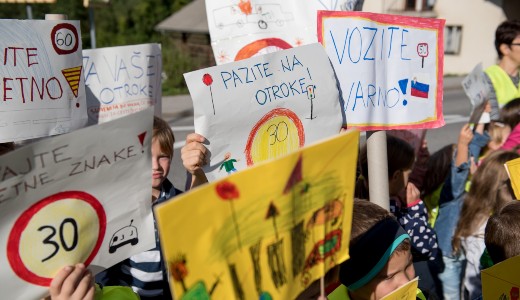 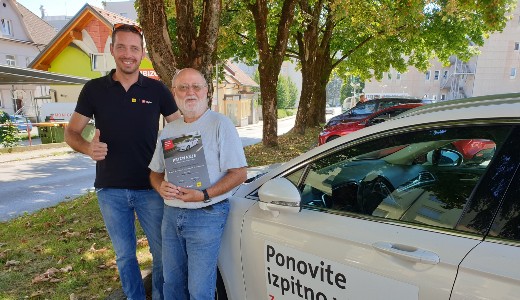