More than 6,000 km for better care of newborns and their mothers

More than 1,000 runners and visitors attended the traditional running event the Triglav Run at the Brdo pri Kranju Estate after a one year break. Recreation enthusiasts of all ages took part in five running challenges at six distances: the Kuža Pazi children’s run, a family run, a relay race for teams of three, a 10-kilometre run and a half marathon. Popular Slovenian athletes waited for them at the finish line to extend their congratulations. The top Slovenian athletes and the runners and visitors of the event were all supporting a good cause, as the Triglav Run contributes to the better care of newborns and their mothers.

When recreational runners receive the support of top athletes
The Triglav Run is a sports event with several accompanying activities that encourage all generations to live a healthy and active lifestyle. The event is supported by many Slovenian professional athletes. “Today, I was very happy to cheer on recreational athletes who enjoy keeping fit by running. What I like about this running event with a great atmosphere is that it also supports a good cause,” said Nika Križnar, the Triglav Run ambassador and the 2020/2021 ski jumping crystal globe winner.

Support for society’s most vulnerable members
The organisers of the Triglav Run encourage people to take care of their fitness and wellbeing if they can. At the same time, they donate every year to medical centres to ensure better healthcare for those who can’t. “Newborn babies and pregnant women are certainly among the most vulnerable members of our society. The Triglav Run supports all generations in being healthy, including the youngest. By donating funds for new equipment that medical institutions need to do their job well, we make sure that births are as healthy as possible,” said Tadej Čoroli, member of the Zavarovalnica Triglav board. 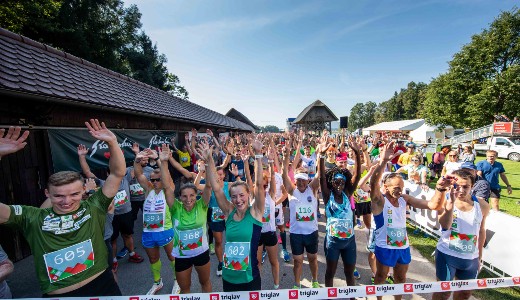 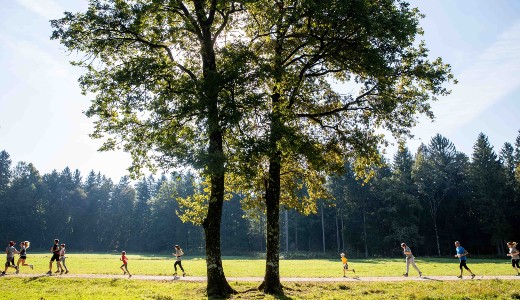