Three times to the Sun and back with DRAJV

A special milestone has recently been reached. Users of Zavarovalnica Triglav’s popular application have safely driven one billion kilometres together. In the past seven years, more than 155,000 drivers have downloaded the DRAJV app to their mobile phones, and more than 60,000 of them are regular monthly users of the app. Users of the application belonging to Slovenia’s largest insurance company have also proven to be safer drivers.

“Our figures show that DRAJV users have a claims frequency that is around 15 to 20 per cent lower than drivers who do not use it. DRAJV users also help discover dangerous road sections and contribute to improving traffic safety for all road users,” explained Boštjan Kop who led the development of the DRAJV app.

Based on spatial analysis, conducted using data from locations where speeding occurred, collected by the app in anonymised form, they ascertained that speed limits are exceeded more frequently at certain road sections. In future, the data will enable Zavarovalnica Triglav to additionally determine the seriousness of the problem at a specific location, thereby helping to determine the most pressing spots for rescue, in cooperation with local communities and other responsible institutions.

It has been noticed that those who used the app prepared by Slovenia’s largest insurance company can be divided into two groups of drivers. The first one contains those who drove safely and respected speed limits before they began using the app, which they now use to give them feedback on the way they drive. Meanwhile, the second group contains drivers whose score for individual journeys improves as they use the app, and it remains high after using it for several months. This indicates the app’s positive effect on improving driving habits. “It’s worth mentioning that a safe driver is not necessarily a slow driver, and we took this into account when designing a solution that also allows for dynamic driving, and with which it is possible to get 90 points or more for a journey – a journey that is considered safe,” adds the DRAJV app’s head of development.

Its use of telematics makes Zavarovalnica Triglav a world leader – every tenth driver has made use of the DRAJV discount code when insuring their car, enabling them to save up to 25% on car and motorhome insurance, and up to 15% on motorbike insurance.

One billion kilometres with DRAJV also means as many kilometres of effort invested by app users to drive more safely. This is why Slovenia’s largest insurance company is celebrating this significant milestone together with the app users. The DRAJV billion kilometres prize game, which will last until 28 August, features many attractive prizes, including one year’s free use of an electric car, electric scooters and gift cards for fuel.

For your odometer to reach one billion kilometres, you would have to: 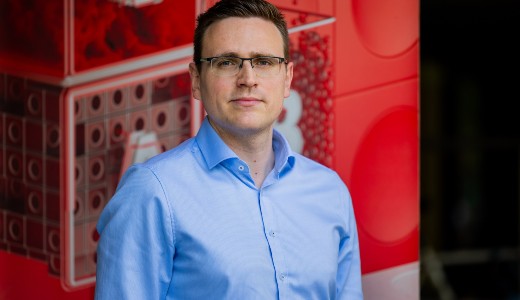